So, well before THE BONE SHIPS was a thing I was talking about it with Tom Parker (and my friend Matt who is a saint and puts up with me wittering about stuff at him but it’s Tom that’s relevant to this particular post).  We were chatting about my ideas for ships and creatures and Tom was REALLY excited by the ideas and wanted to draw them, so he did.

I ended up using some of his drawings as proof of concept when I sent in my pitch to Orbit, to give an idea of this wild and frightening world and the ships that sailed through it. Now, the pictures were all based on early versions and early ideas, and a lot changes as you go along  (Tom has done some more drawings that you’ll see at a later date.) But I always feel that readers have been so kind to me it would be nice to give something back. So I’m going to. The picture below is one of Tom’s original proof of concept bits of art for THE BONE SHIPS. It doesn’t exist anywhere else and is signed by the artist. It’s a total one off and I’ll be giving it away next week. All you will have to do to enter is to have reviewed THE BONE SHIPS on Amazon.  (I appreciate that Amazon has some odd rules and not everyone can review there so there will be another competition for something else at a later date that is open to more people.)  Keep an eye on my Twitter for details on how to enter this and any other giveaway I might do. But without Further ado here is Tom's ASTOUNDING, and total one-off drawing. Of TIDE CHILD.

(It's much more detailed and beautiful than my terrible photograph shows.) 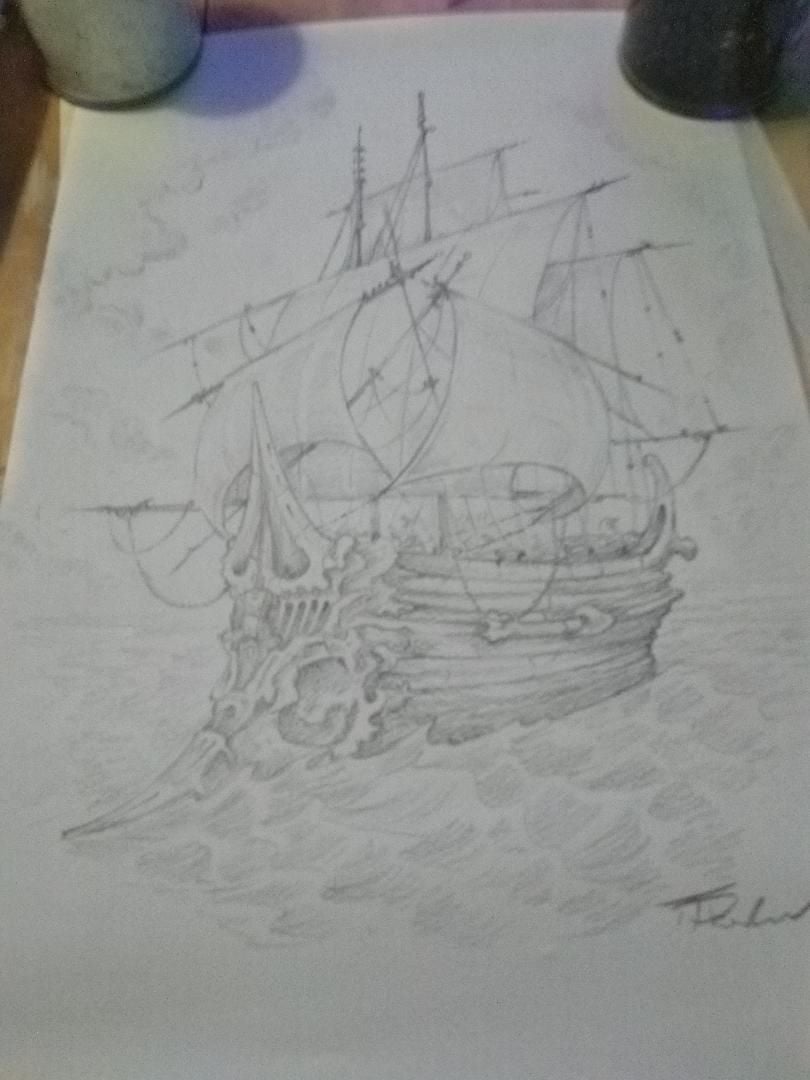